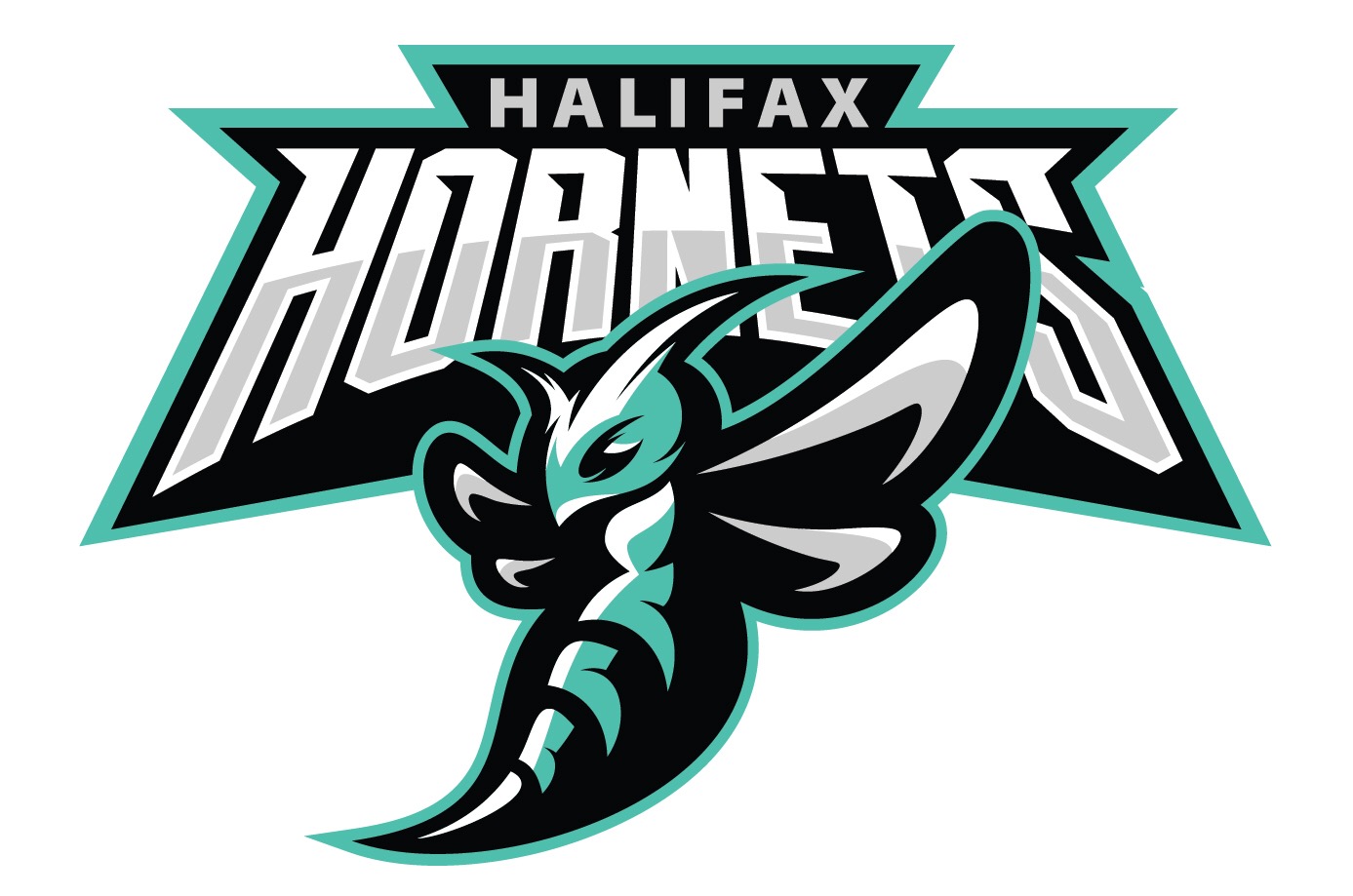 All signs pointed to Sirens being heard in Halifax.

But a change of heart means the Hornets are coming.

Meet the Halifax Hornets of the Maritime Women’s Basketball Association.

The Halifax ownership group of Mark Forward and Janice King had planned on using the nickname Sirens, sporting a logo with teal colours, but the crew opted to go in a different direction.

‘We were lucky because we knew the franchise was in a solid place, but we hadn’t released uniforms or our official logo in terms of announcement and reaching out to potential partners with the Sirens,’ said Forward, a veteran basketball coach with the Mount St. Vincent University Mystics. ‘We met as a group a few weeks ago and decided a different approach was needed. Our group is very outgoing and marketing-minded and the Hornets nickname really hit home. We like the teal/turquoise colour pattern and away we went.’

The logo was designed and met with instant approval with the Hornets’ group which features Forward, King and the coaching staff of Jonathan Bell and John Tramble.

‘It has so many things going for it and we’re confident the nickname will be well received in Halifax and across the MWBA,’ Forward said. ‘It’s a big step for our organization. We look forward to writing more chapters.’

The Hornets join Halifax rival Thunder and Nova Scotia’s Windsor Edge along with Fredericton Freeze, Port City Fog of Saint John and Moncton. The Moncton group is a new entity to the MWBA and working behind the scenes to establish a nickname and prepare its social media links.