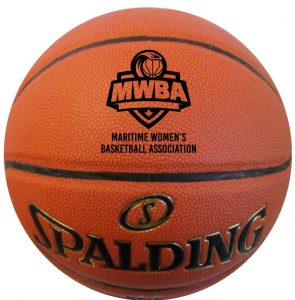 So, you want a shot at playing in the Maritime Women’s Basketball Association?
That is great news to hear.
The MWBA is an amateur league, designed to fill an off-season void and provide a place to play for those still involved with various programs and former players still in search of a competitive circuit.
Players anticipated to play in the league include Canadian university and college level players, former players and those who chose not to play at the post-secondary level. There is a wide variety of interest.
The MWBA will open in 2022, running from late April to a championship weekend in mid-June.
The season will be short, with anywhere from 10 to 12 regular season games.
There are six teams in the league right now, three in Nova Scotia and three in New Brunswick. That could expand to eight, but the MWBA is planning to move forward with the six original franchises including the Windsor Edge, Halifax Sirens, Halifax Thunder, Fredericton Freezes, Moncton and Port City Fog of Saint John.
‘We anticipate a wide variety of players looking at finding a roster spot, but it will be up to the individual franchises to set their lineups,’ said MWBA commissioner Tasia McKenna. ‘None of the players in the MWBA will be paid to play basketball. That is paramount in the intentions of the MWBA. Our league was launched on providing women an opportunity to continue improving their game or returning to the game they love as we promote Long Term Athletic Development.’
Most teams will have some players committed to play by February of 2022, but potential players can expect each franchise to host open gym workouts next winter to identify interested players.
Players are encouraged to view the FAQ page on the website to find contact information for each franchise.
‘We are not going to be able to accommodate everyone, but if we can generate interest and see a wide variety of players wanting to play, we can always explore other options down the road,’ said McKenna. ‘We have been encouraged by the amount of players who have reached out looking to play. It’s an exciting venture.’