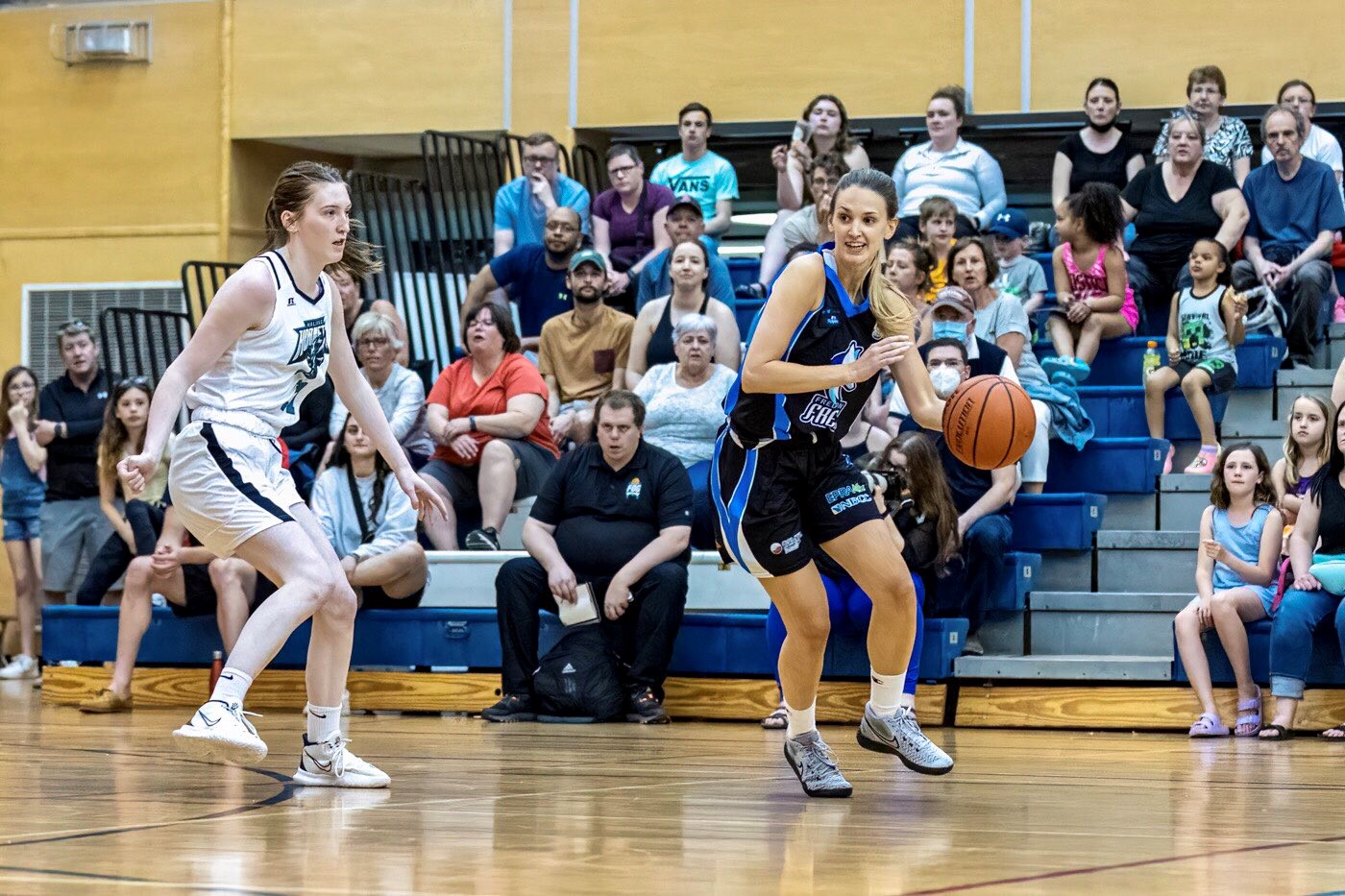 There are some facts.

Halifax Hornets are going to finish second overall and second in Nova Scotia, but still have a game to play, that one coming Saturday afternoon, a 2 p.m. date in Windsor against the Edge. Windsor sits 4-5 and just ahead of Fredericton Freeze and its 3-6 record.

Edge will finish third in Nova Scotia regardless of Saturday’s outcome, but the real intrigue will unfold Sunday in New Brunswick’s capital city.

Out of nowhere, the Moncton Mystics, winless before last week, have won two out of their last three games and are in a heated battle with the Freeze for the top New Brunswick spot.

Remember, the top Nova Scotia and top New Brunswick teams earn first-round Legacy Cup byes into the semifinals when the post-season rolls into fruition June 24 to 26 at Saint Mary’s University in Halifax.

Mystics sit 2-7 and Fredericton is 3-6. A Moncton win gives them the tie-break after beating Fredericton, 75-74 on Thursday, based on head-to-head wins.

Idle Port City Fog of Saint John can only sit and watch, wondering if it will be NB seed No. 2 or seed No. 3.

Tickets are available at the door for the Father’s Day battle. They are $5. Children under-12 are admitted free.

The game will be livestreamed on MWBA’s YouTube channel with Bill Gibson calling the play-by-play.