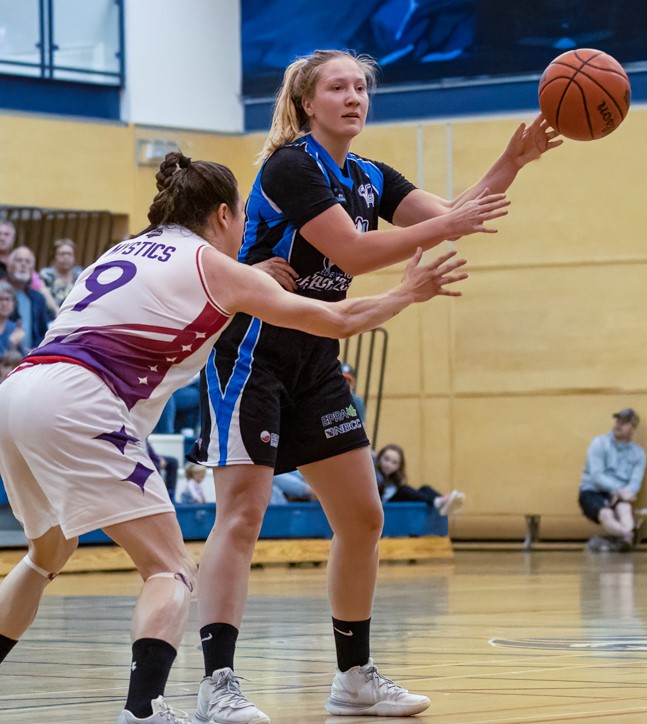 The Fredericton Freeze needed a victory to assure itself a first-round playoff bye.

Grace Simpson made sure that happened.

Simpson scored 17 points – including nine in the decisive fourth quarter – to help the Freeze down the Moncton Mystics, 75-65 in the last regular season game in the Maritime Women’s Basketball Association on June 19.

All teams will now gather in Halifax this weekend for the Legacy Cup at Saint Mary’s University.

Simpson had started her week with a 17-point outing in a 75-74 loss to the Mystics, a game that forced the final outing of the year to certainly mean something.

Other players nominated for the award were Haley McDonald of the Halifax Thunder, Chanel Smith of the Halifax Hornets, Moncton’s Kelsey McLaughlin and Karissa Kajorinne of the Windsor Edge. Port City Fog of Saint John was idle.