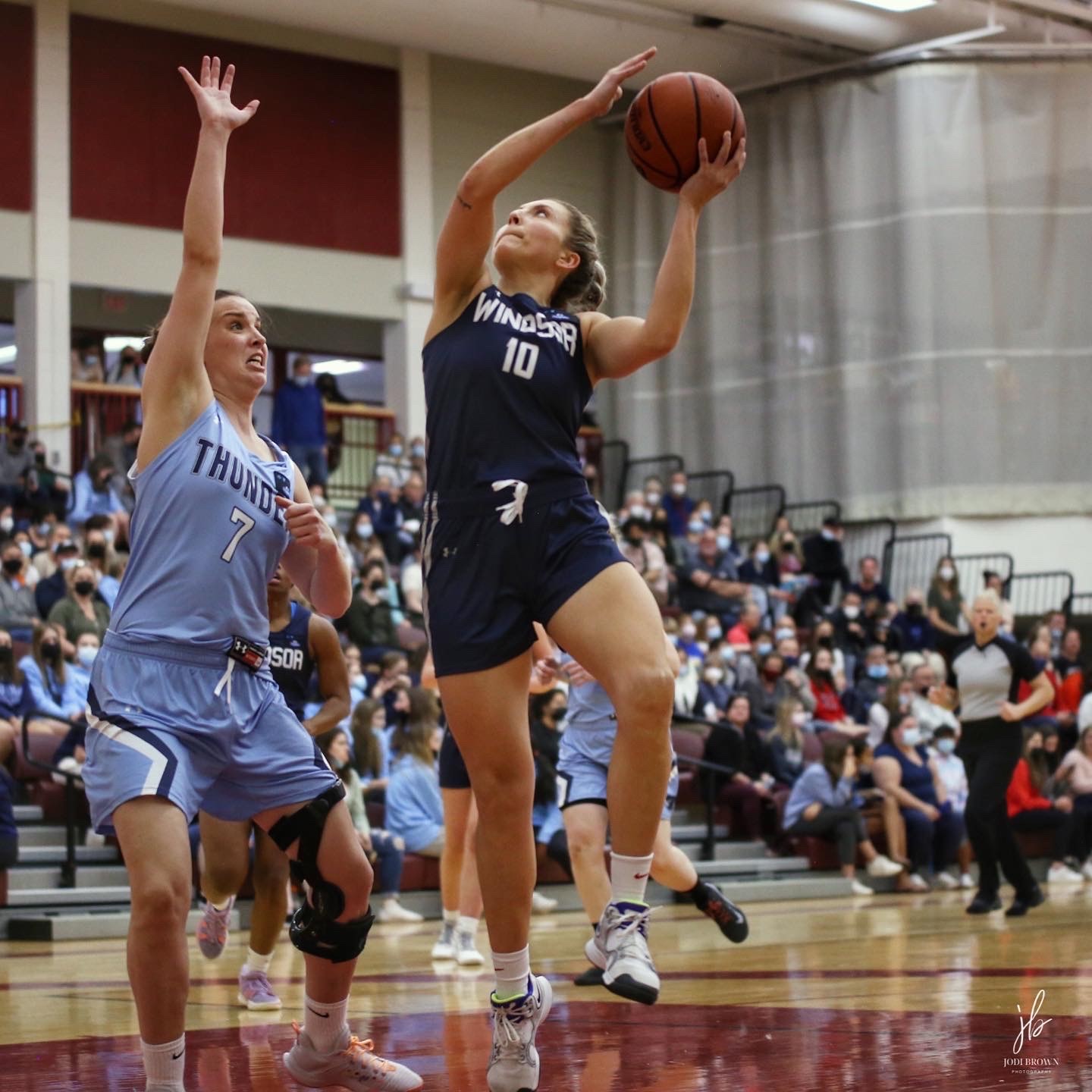 The road to a dominating offensive season started right away.

It was May 14, in fact, during opening day Maritime Women’s Basketball Association play in Fredericton.

Karissa Kajorinne erupted for 36 points to lead her Windsor Edge to a dramatic, 71-68 win over Saint John’s Port City Fog in that contest. For Kajorinne, the offence kept coming all season long as she shot her way to the overall MWBA scoring champion.

The Thunder Bay, ON, product appeared in all 10 Windsor games and averaged 24.6 points per outing to lead all players.

Haley McDonald of the Halifax Thunder was second at 18.9 points per game and Kajorinne’s teammate Tiffany Reynolds finished third with 16.7 per outing.

Rachel Farwell of the Fog finished fourth at 15.9 and Jenna Jones of the Moncton Mystics rounded out the top five at 14.7 points per game.

Katie McAffee of Fredericton Freeze was sixth at 13.6, Port City’s Reese Baxendale seventh (12.7) and Moncton’s Kelsey McLaughlin and Chanel Smith of the Halifax Hornets tied for eighth at 11.4. Emily MacLeod of the Freeze capped the top 10 at 10.7

Fog’s Kaylee Kilpatrick and Fredericton’s Nicole Esson were the other two players to average double figures, both at 10.5 per game,

Kajorinne and Reynolds lead the Edge into playoff action Friday in semifinal play at 8 p.m. when they clash with Farwell, Baxendale, Kilpatrick and Port City.

The 6 p.m. quarter-final has Smith and the Hornets battling Jones, McLaughlin and the Mystics.

All games are at Saint Mary’s University.