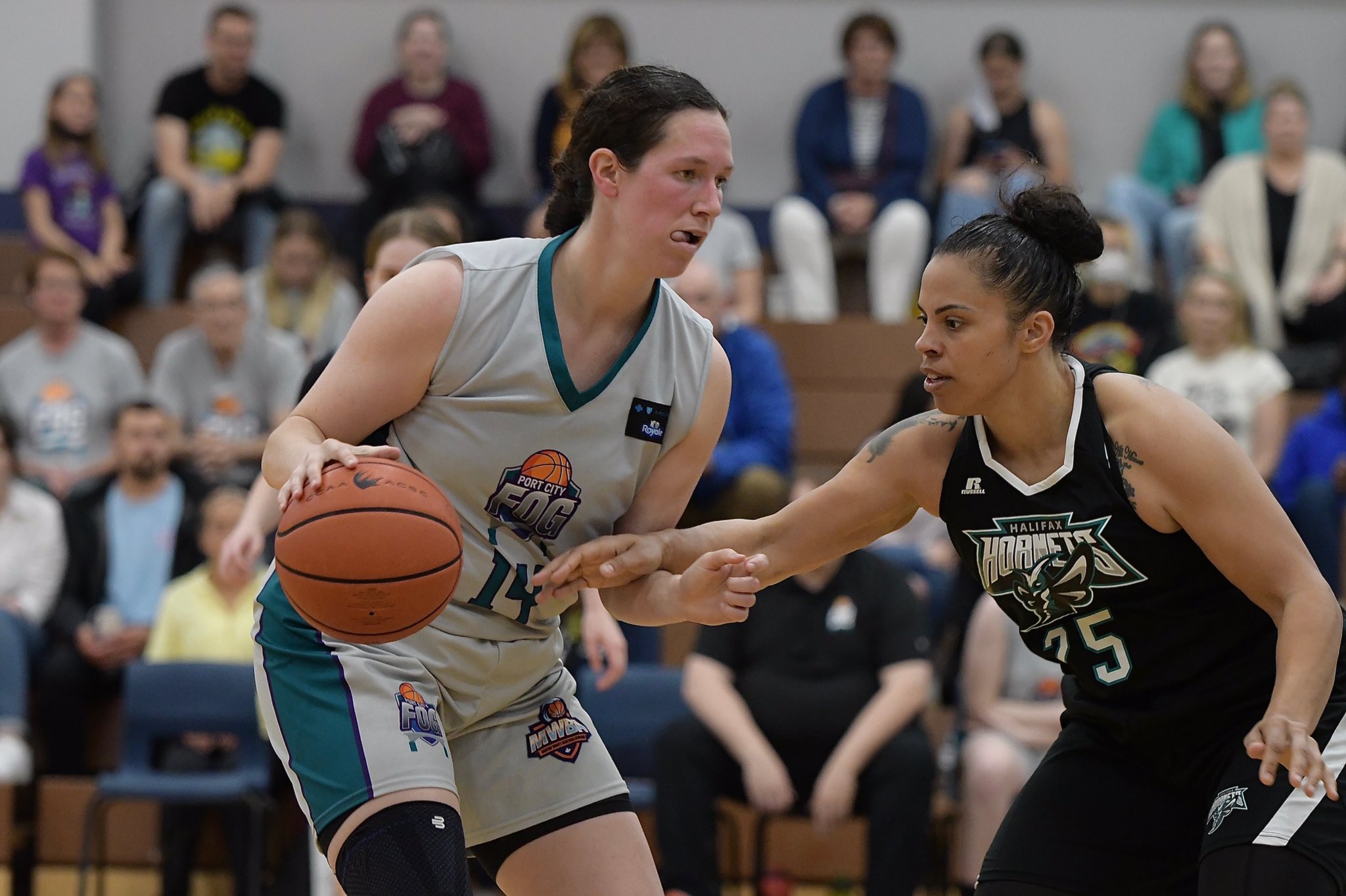 The hashtag tells everyone #nowsthetime.

Sure is the time.

Two quarter-final matchups unfold for the right to play in Saturday’s semifinals.

The opening game at 6 p.m. pits the Halifax Hornets against Moncton Mystics while the nightcap has Windsor Edge facing Port City Fog of Saint John.

The Hornets go into the post-season following an 8-2 regular season and second place overall. The Mystics had a late surge, winning two of their last four games to finish 2-8. Halifax goes in as the No. 2 Nova Scotia seed facing the New Brunswick No. 3 seed.

Windsor finished with a 4-6 record and enters as Nova Scotia No. 3, playing Port City and its 2-8 mark as New Brunswick No. 2. The Fog defeated Moncton twice during the regular season to nab the second NB seed.

Tale of the Tape

Hornets: Finished second overall and enter as Nova Scotia seed No. 2. Hornets had an 8-2 record and posted second highest offence in the league with 665 points. Halifax yielded a league-low 540 points.

Mystics: Finished last in the league with a 2-8 record and enter as New Brunswick seed No. 3. Mystics were a close to Hornets in offence, scoring 630 points. Moncton’s defence allowed a league-high 793 points.

Hornets: Halifax can score and has shown traits of a balanced offence almost all season without a consistent threat for big offensive explosions. Chanel Smith paced Hornets with 11.4 points per game, tied for eight overall in the league. Alaina McMillan had 9.6 and Lucina Beaumont 9.3 per outing.

Mystics: Jenna Jones has been a consistently difficult player to contain all season and Kelsey McLaughlin has erupted over the past two weeks at both ends of the court. Jones brings 14.7 points per game, good enough for fifth overall. McLaughlin checks in at 11.4, matching Smith for eighth.

Hornets Will Win If…: Halifax has shown it can score at will, witness the 108 points it put up against Moncton. If the Hornets get going early, any type of spread during the first quarter will propel them to victory.

Mystics Will Win If…: Moncton has two major weapons in Jones and McLaughlin, but that means someone else has to step up offensively. The wildcard could be Abby Miller. If Smith, McMillan and Beaumont square off equally with Jones, McLaughlin and Miller, the Mystics could post a huge upset, but they cannot have any lapses…or risk getting stung.

Fog: Port City has been a bit of an enigma all season long, capable of hanging with the heavyweights, but fighting for that one game where it all comes together. Fog finished 2-8, both wins coming against Moncton. Port City scored a league-low 551 points and gave up the second most points (655).

Edge: Much like Port City, which edition of Windsor shows up for the playoffs? Edge finished 4-6, but had several chances to finish above .500, playing undefeated Halifax Thunder tough and losing to Moncton.

Fog: Port City’s starting five can play with anyone in the league. Getting three players to find offensive rhythm at the same time has been the Fog’s struggle. Rachel Farwell can shoot three-pointers from the parking lot and long-time pro Kaylee Kilpatrick, if healthy, is a force at both ends. Reese Baxendale has the capability to take over a game herself from the backcourt. The wildcard is Courtney Thompson. Tough as nails and a mean streak, if Thompson gets hot, an upset could be in the making.

Edge: Windsor has two of the MWBA’s most dynamic players. Karissa Kajorinne paced the league in scoring with a 24.6 points per game average. Like Farwell, Kajorinne is not afraid to let the ball fly. Tiffany Reynolds has missed the past three games, but she brings 16.7 points an outing and offers plenty of bite. Scoring falls off dramatically from there, but with veterans such as Karla Yepez and Anna von Maltzahn, the Edge is capable of playing with anyone. Like the Fog, can Windsor put it all together when it counts?

Fog Will Win If…: If anyone is able to join Farwell and Baxendale in anticipated double figures in scoring, Port City certainly has the pedigree to move on. Getting stops will be critical. Is the Fog deep enough if foul trouble hits its starters early?

Edge Will Win If…: Windsor is known for its two-offensive sparkplugs, but the Edge can clamp down defensively with the third top D in the league. That mindset can give the Edge an edge if this game is low-scoring.

Tickets for all games are available at the door and there are different packages including weekend passes for $20 for all seven games, seniors and student passes at $15, single day tickets at $10.