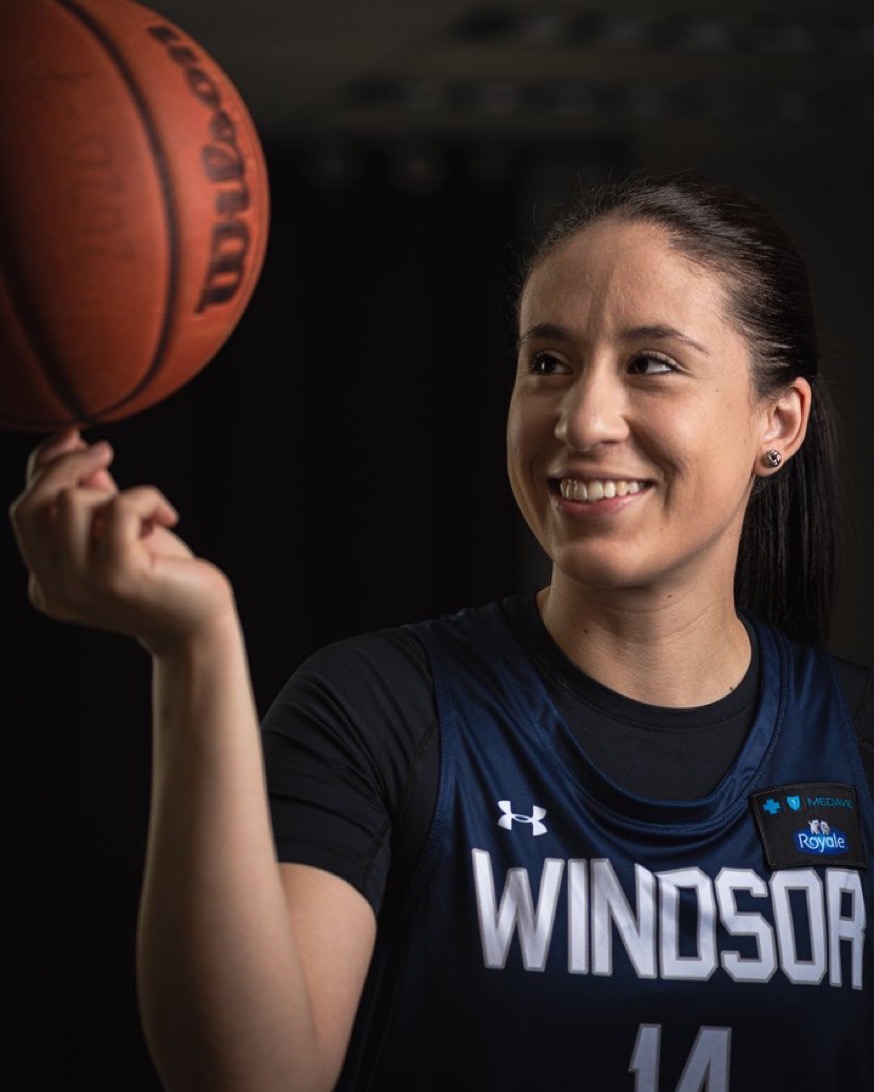 For love of game.

After finishing a four-year career with the University of Prince Edward Island Panthers, Karla Yepez figured her basketball playing career was over.

Had it been over, it was quite a USPORTS ride for the 24-year-old from Ecuador.

A national bronze medal with the Panthers, 78 games played, an Atlantic University Sport all-rookie team member and author of 7.7 points per game and 5.2 rebounds an outing were just a small percentage of statistical data and team success she accrued.

Something happened along the way to the end of her career.

Yepez suited up with Nova Scotia’s Windsor Edge during the MWBA’s inaugural season which ended in late June, averaging 6.8 points per game, but even more than numbers, it brought back her love of basketball.

“The love for the game and the competition is bringing me back,’ Yepez told UPEI athletics. ‘I had the opportunity to play in the MWBA and it felt great to be out there competing again. I don’t want to look back five years from now and have any regrets. So, I decided to come back to play my last year of eligibility. I wouldn’t want to do it anywhere else but here.”

Yepez was a vital part of the 2020 AUS championship and U SPORTS bronze-medal winning team, who earned the respect and admiration of her teammates and coaches over the years. Her veteran presence will be especially welcomed as the team transitions from the Jenna Mae Ellsworth and Reese Baxendale era.

Baxendale also played in the MWBA this season, starring for the Port City Fog of Saint John.

“Karla returning to the court for her final year of eligibility is very exciting for the Panther program,” said head coach Matt Gamblin. “Karla bleeds green and white. She has given a great deal to the program over her time at UPEI, and she will be a fantastic addition to our young group on the court.”

In 2019–20, Yepez averaged 7.5 points, 6.7 rebounds, and 3.6 assists per game to go along with 1.4 steals and 1.0 blocks on the defensive end. While the numbers don’t necessarily jump off the page, they do show how she can impact the game in every facet.

In 2021, Yepez had the opportunity to study the game through the lens of a coach as she joined Gamblin’s staff for a season. She said she learned a lot from the experience and believes it will make her a better player.

“From the bench, it’s easier to see the entire floor, and I feel my ability to read the game will improve because of that experience.”

Yepez said she’s eager to put on a Panthers jersey one last time and compete for the ultimate prize with a promising group of young women with championship aspirations.

“This group of girls and coaching staff played a big role in my decision to return,” she said. “We want to win, and I am excited about the players we have returning and the ones we have coming in.”

The Edge, which finished third during the regular season and third in the post-season, has had an interesting off-season.

Windsor announced earlier in July that the MWBA’s leading scorer, Karissa Kajorinne, had signed a pro contract for the 2022-23 season in Portugal.

– Information and quotes from UPEI Athletics