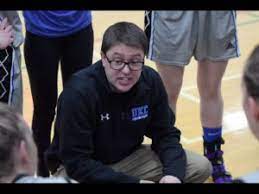 The Maritime Women’s Basketball Association is certainly proud of all its players who jumped on board for its inaugural season from May through late June.

Same can be said for MWBA coaches.

Parker Regan, who was head coach of the regular season champion Halifax Thunder, has moved into the Atlantic University Sport level, accepting a position as an assistant coach with the Dalhousie University Tigers’ women’s program.

‘Parker has been added to our staff for 2022-23 season,’ said Dalhousie’s new head coach, Tanya McKay. ‘We are very excited to have him a part of our program. He brings experience and a great head for the game.’

Regan guided the Blue Devils to a 4-5 record during a fragmented 2021-22 ACAA season. University of King’s College played the least amount of games of any team in the league due COVID-19 game cancellations.

The Blue Devils would eventually fall in the quarter-finals.

McKay is a veteran USPORTS coach, but a new face with the Tigers, landing in Halifax following a successful career with University of Winnipeg where she spent 26 seasons with the Wesmen’s women’s squad.

She is originally from Sackville, NS.

The Tigers went 0-13 in an abbreviated AUS season a year ago.

Regan’s Thunder went an impressive 10-0 during the MWBA regular season, won its semifinal game before falling in a dramatic final to city rival Halifax Hornets.