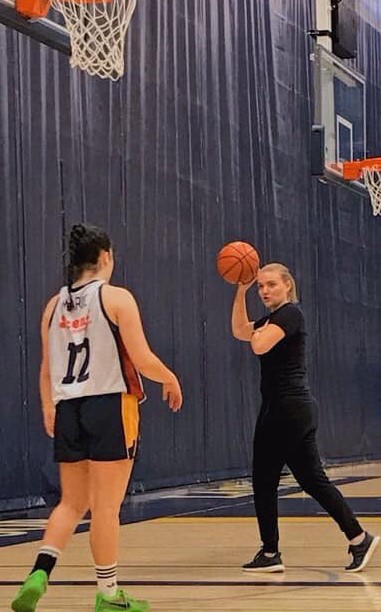 Madeline Belding has had a busy summer.

You’d expect nothing less from the Sussex native.

A veteran assistant U SPORTS coach – and first-ever head coach of the Maritime Women’s Basketball Association’s Port City Fog of Saint John – has been named women and girls’ program manager with Coach NB.

Belding was the only female head coach during this year’s inaugural MWBA season.

She has coached at a number of provincial levels with New Brunswick and British Columbia. She was an assistant coach with Basketball New Brunswick’s Canada Summer Games team.

Belding has a Masters of Kinesiology in Coaching Science and a Bachelor in Kinesiology with Honours from Acadia University. Her honours research focused on barriers to women in coaching and how female coach mentorship can contribute to coaching success. During her time at Acadia, she also worked with members of the women’s basketball team as a mental skills coach.

In addition to her experience as a U SPORTS assistant coach, Belding began coaching with BNB in 2013, serving two years as a head coach in their development system from 2014 to 2015, before moving on to work with the under-17 team in 2016. During the summer of 2017, she joined Team BC and served as an assistant coach with the under-15team. She has also been a technical coach with Ontario Basketball’s Centre for Performance (CP) program.

– With files from Coach NB