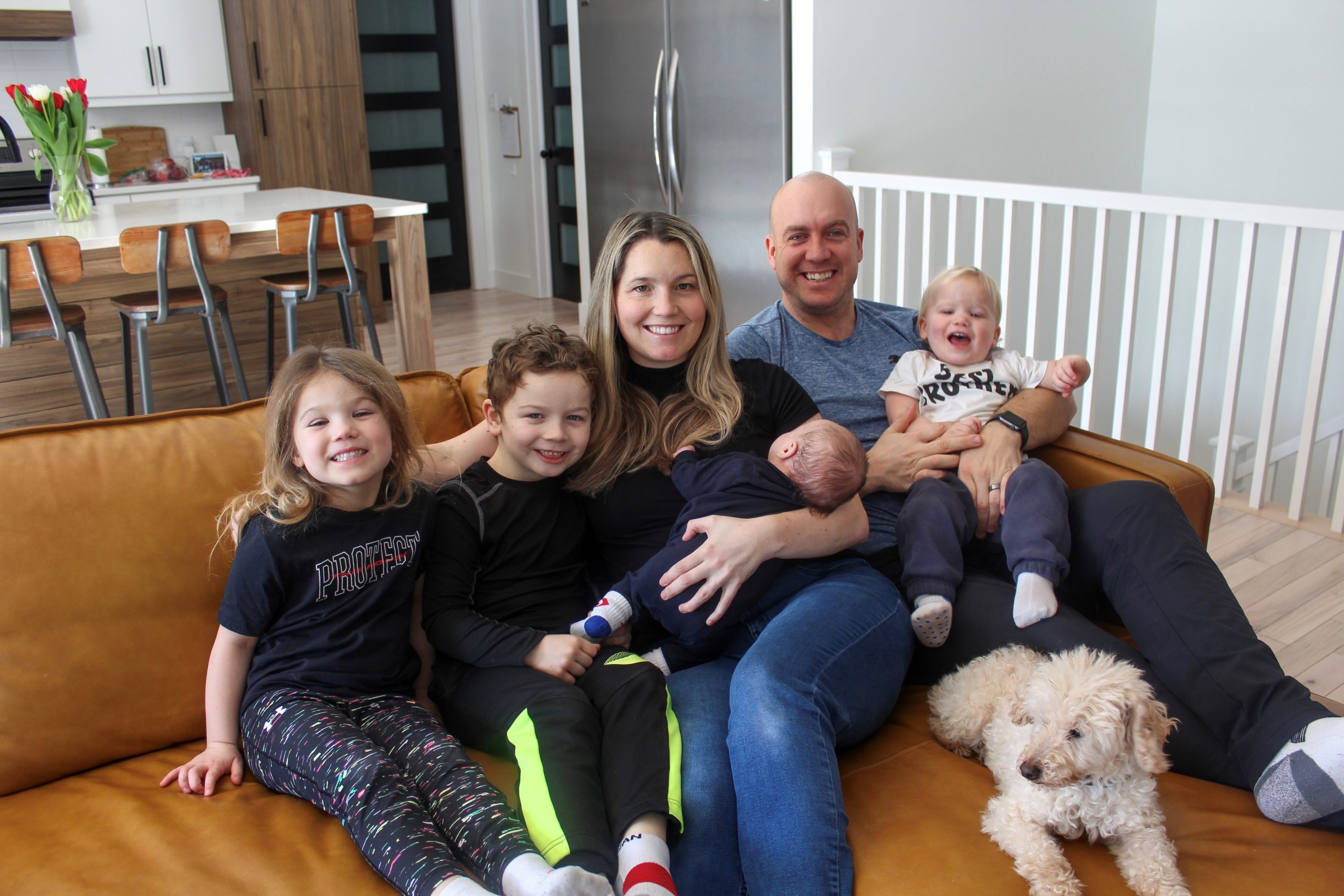 Leah Bowers decided the time was right to get back into basketball.
In fact, Bowers thought the time was so right, she’s getting back into the game in two different roles.
Meet the new head coach of the Maritime Women’s Basketball Association’s Fredericton Freeze. And meet the first player with the franchise.
Bowers, the former Atlantic University Sport star with the University of New Brunswick, will be a player/coach with the Freeze, preparing for its first season in the upstart MWBA next spring.
Her new role adds to a busy life of balance with her husband Justin and their four children, all under the age of six. That includes six-year-old Will, four-year-old Ally, 18-month-old Robbie and the Bowers’ latest addition, Bruce, checking in at one-month-old.
She is making an impressive commitment, but will also boost the Freeze attendance numbers with her family in tow.
‘When I first heard about the league and a franchise was going to be in Fredericton, my first reaction was ‘that’s great news and sounds exciting,’’ said Bowers. ‘The more I started thinking about it, my mindset changed and I started thinking about playing. Playing and maybe coaching. It worked out great I’m able to do both with the Freeze. Justin and I are busy raising a family and doing what parents do, but the chance to coach and get to play again was too good to pass up.’
Bowers arrived at UNB in 2004 out of Leo Hayes High School in Fredericton, recruited by long-time Reds’ coach, Joyce Slipp. She spent two seasons with Slipp at the helm before present day head coach Jeff Speedy arrived on campus. Bowers would return to the floor for a fifth season in 2010-11.
Bowers is no stranger to the bench as a coach, either.
She spent two seasons with UNB as an assistant coach with Speedy and has worked at the minor age level with a number of Fredericton-based programs.
In all, Bowers appeared in 96 career games with UNB, starting 68 times. She would amass 893 points and was a consistent three-point threat, knocking down 140 treys. She had 153 steals, 369 assists and 241 career rebounds.
She also earned a reputation as a fierce competitor on the court.
‘The timing felt right to get back into basketball and this is the perfect opportunity with a league that will be competitive and is showing great promise,’ she said. ‘I’m looking forward to the challenge of making sure my game is up to speed, but also getting back into the coaching capacity and all that it brings.’
Bowers’ assistant coaching staff will be announced later this month.
The Freeze is part of the six-team MWBA. Fredericton is joined by New Brunswick rivals Port City Fog of Saint John and 506 Elite of Moncton along with Halifax Thunder, Halifax Sirens and Windsor Edge of Nova Scotia.
Play begins in April of 2022, ending in late June with a championship tournament.
The league will feature numerous present-day university and collegiate players along with former players.